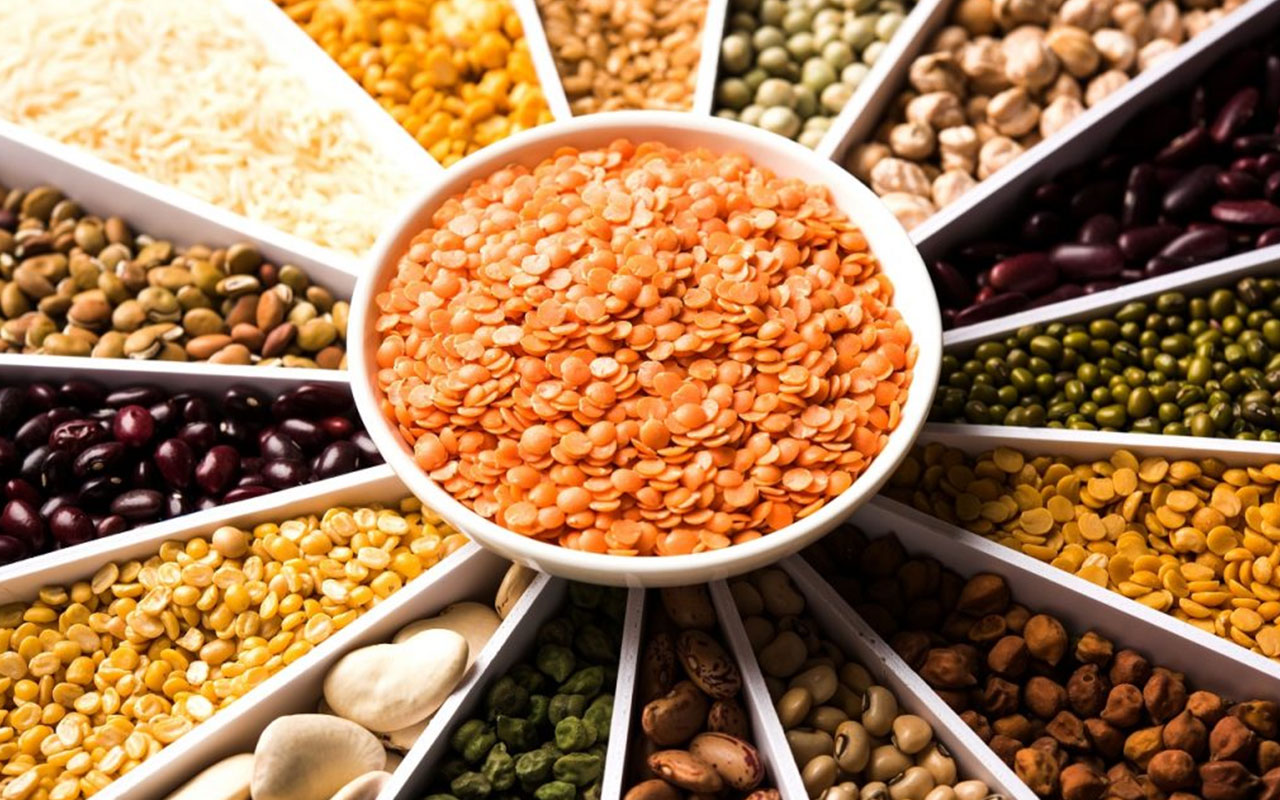 Edible Seeds of the legume plants or the fruits from the Fabaceae family, when used dry, are known as Pulses. The primary reason for their growth is for human consumption and livestock forage, but can sometimes also be used as soil-enhancing manure. The term “Pulses” is only used to define or distinguish the crops harvested for dry grain, any crops that are harvested green are more likely to be classified as vegetable crops. India is the world's leading producer, consumer, and importer of pulses in the world, producing over 25% of globally, consuming 27% of global consumption, and importing 14% respectively.
Enough minerals, high-quality protein, and fiber for gut health are the three cornerstones of optimal health, and pulses provide all three in plenty. Protein insufficiency is a major issue in our country, particularly because women try to incorporate extra lentils and besan,the two of the best sources of proteininto one's diet. Include a lot of fiber, they fill us up, keeping our gut happy and improving heart health by lowering cholesterol levels. Lentils provide a moderate, consistent source of glucose due to their balance of complex carbs and protein, while also including a variety of cancer-fighting plant compounds, like isoflavones and phytosterols, which have been linked to a lower risk of cancer. They also assist the body in repairing damaged cells, hence preventing signs of aging due to their high vitamin B folate.

Some of the great health benefits of pulses are as follows:

Pulse that has been cooked (boiled) comprises 9% protein, 70% water, 20% carbs, 8% fiber, and 1% fat. It also contains a high concentration of B vitamins, folate (45 percent DV), and manganese (25 percent DV), as well as moderate levels of thiamine (11 percent DV) and many dietary minerals, such as iron (19 percent DV) and phosphorus (18 percent DV).