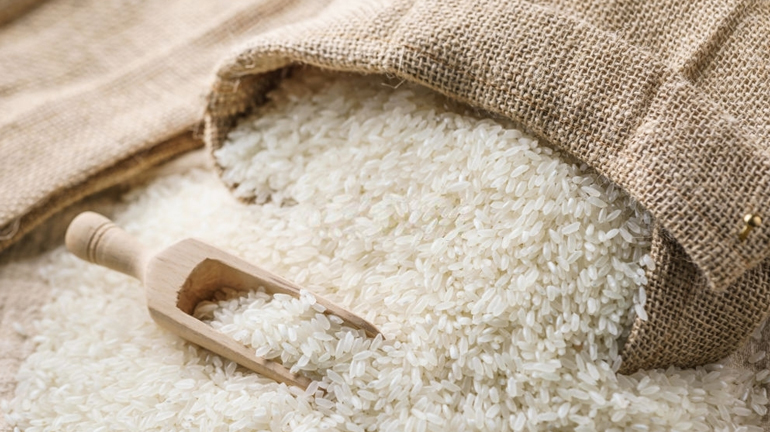 Rice, edible starchy cereal grain, and the grass plant that produces it (family Poaceae). Rice is a staple food for about half of the world's population, including virtually all of East and Southeast Asia; humans consume 95 percent of the world's rice production. Rice can be prepared in a variety of ways, including boiling or grinding into flour. In Asian, Middle Eastern, and other cuisines, it is eaten alone or in a wide range of soups, side dishes, and main entrees. Breakfast cereals, noodles, and alcoholic beverages like Japanese sake are all examples of rice-based items.
The cultivated rice plant is an annual grass that reaches a height of around 1.2 meters (4 feet). The long, flattened leaves are carried on hollow stems. Fibrous root systems are frequently large and spreading. The panicle, also known as an inflorescence (flower cluster), is made up of spikelets that carry flowers and generate the fruit or grain. The length, form, and weight of the panicle, as well as the total output of a plant, vary substantially between varieties.
The so-called Green Revolution, an international scientific endeavor to reduce the threat of world famine in the 1960s, resulted in enhanced strains of a variety of food crops, including miracle rice. This type was developed for disease resistance and higher yield, and it has a short, strong stem that reduces drooping loss. However, poor soil conditions and other issues hampered its expected broad success.

Early rice farming has been documented in several cultures, including China, India, and Southeast Asian civilizations. However, the earliest archaeological evidence is from 7000–5000 BCE and comes from central and eastern China. More than 90% of the world's rice is produced in Asia, primarily in China, India, Indonesia, and Bangladesh, with smaller amounts produced in Japan, Pakistan, and other Southeast Asian countries. Rice is grown in portions of Europe, North and South America, and Australia as well.
Brown rice is rice that has had the husks removed and includes about 8% protein and a tiny amount of fat, as well as thiamine, niacin, riboflavin, iron, and calcium. White rice is rice that has been milled to remove the bran as well, resulting in a significant reduction in nutrients. When white rice is consumed in large quantities, there is a danger of beriberi, a condition caused by thiamine and mineral deficiencies. Before milling, parboiled white rice is prepared in a unique way to keep the majority of the nutrients, and enhanced rice is fortified with iron and B vitamins.